At 17, Virgin Islands artiste Josef George is beginning to step outside the box with his unique style, testing the music industry internationally and extending the boundaries of his fairly young career.George, who resides between Tortola and Atlanta, Georgia was interviewed by BVI Platinum News about his music, future plans and love.The former St. George’s student is currently in the 12th Grade being home schooled.George has a compilation of music and has released three videos, including ‘Magic’, ‘High School Sweetheart’ and ‘Can’t Get Away’.

PN: What are your future career plans?JG: I am pursing my career in music as a full time R&B/ Pop recording artist, songwriter and producer. In the future, I would like to become a world renowned artist. I also would like to expand my record label and start my own clothing line.

PN: What influenced your interest in music as a passion of yours?

JG: Being raised around music from an early age; I was raised in the church and I always admired the musicians in praise and worship. I was also a fan of many different artistes which gave me the drive and extra boost after I recognized my musical gift and talent at the age of three. In my mind I wanted to be able to give the world something back that they can appreciate.

PN: As a singer from the Virgin Islands, what are some of the challenges you have encountered?

JG: There are many challenges, but the few challenges which I’ve encountered were trying to get my music out there to be heard and appreciated for the hard work that was put into it. Also, the lack of recognition locally as a local artist is a challenge that I encounter.

PN: How are you able to overcome the challenges and forge ahead?

JG: I was able to overcome my challenges by moving overseas and doing my best to get my music recognized internationally. I did some international shows, I published music and music videos that my fans liked and I also did some radio and television interviews so that my fan base can continue to grow.

PN: Are you surprised that many in the BVI are unfamiliar with your music?

JG: Not at all, everything takes time.

PN: What are you hoping to achieve through your music?

JG: I am hoping that through my music I will be able to spread a positive message to my listeners and help the world to become a better place by changing lives through the music that I create.

PN: What important lessons have you picked up thus far in your growing career?

JG: I’ve learned not only in my musical career, but in life as well that with God anything is possible. I’ve also learned that dedication and persistence helps you go a long way.

PN: When one listens to your music, what message should they leave with?

JG: I am hoping that when someone listens to my music that they will be uplifted and inspired by my music.

PN: How would you describe your music?

JG: I would describe my music as contemporary and it relates to life experiences. Some of my songs are upbeat and very energetic, which some might be categorized as dance songs.

PN: Do you plan to explore other genres?

JG: Most definitely! As a producer I would like to try a few more genres. I often challenge myself as a producer, hoping that someday or at some point in time I will be a creator of a new genre.

PN: How do you balance music with your personal and education life?

JG: I balance myself with my music, education and being a producer by being very discipline. I have a daily schedule that I try to follow, which consists of school, networking, studio time, etc.

PN: When was the first time you performed locally and do you wish for more stage time in the BVI?

JG: The first time I performed locally was at the age of four. I performed with a gospel singer by the name of Bridget Blutcher from St. Vincent at the Cultural Centre. Yes, I am always hoping and willing to perform locally.

PN: Your songs focus on love, but are you single? I am sure there’s a ‘high school sweetheart’ who would like to know.

JG: I am actually single at the moment, still hoping to find my ‘high school sweetheart’.

PN: Is Josef looking for someone with ‘magic’?

JG: I’m not looking for someone with magic, but if there’s someone that fits the description of my song ‘Magic’, hmmmm!

PN: You have three official videos. What has been the response to those videos?

JG: Working on those three videos was a blessing and lots of fun. I really enjoyed being creative, being able to write my own scripts and perform it. I received great reviews and responses for all three of my music videos both locally and abroad.

PN: Which international musician fuels you and why?

JG: I won’t say I have any musical idols, but I do have people who I look up to and would like to follow in their footsteps while becoming better. They are Trey Songz, Stevie Wonder, James Brown, Michael Jackson, John Legend and The Dream. I admire them because we seem to have a lot in common; writing and producing our own music while being great performers.

PN: How soon can we expect an album?

How can fans connect with Josef George

—–
Copyright 2011 by Virgin Islands Platinum News. All rights reserved. This material may not be published, broadcast, rewritten, or redistributed. 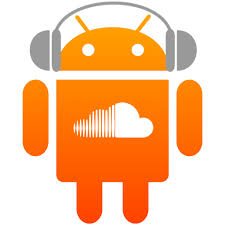